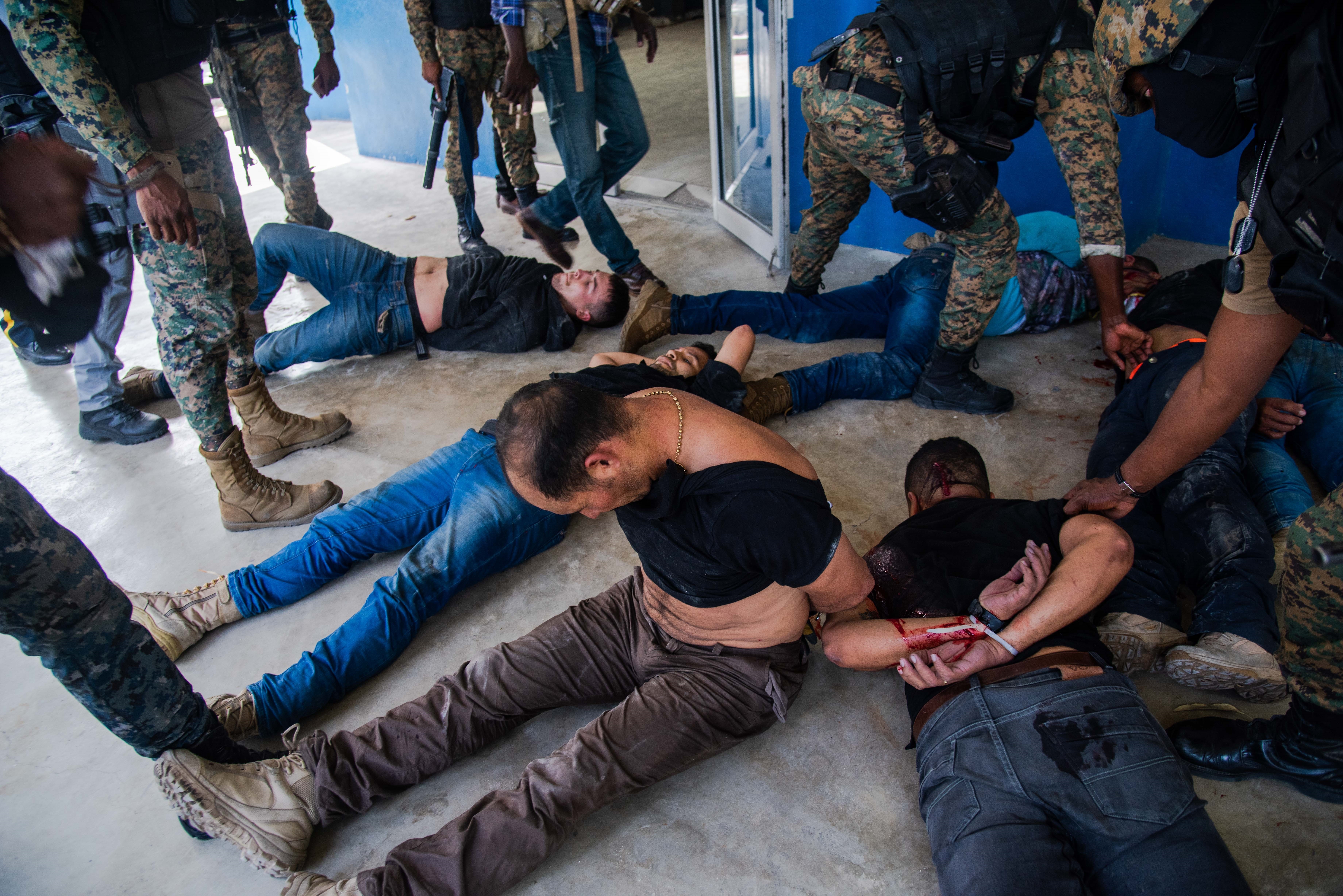 The defense of ex-soldiers who would have participated in the assassination of the president of Haiti in July 2021 assures that their legal situation has not been successful and that they would live in inhumane conditions (Haiti). EFE/Jean Marc Hervé Abélard/File

Early on July 7, 2021, the President of Haiti, Jovenel Moisewas assassinated while resting in his private residence, in Port-au-Prince, in the middle of an operation by military commanders, mostly composed of ex-Colombian soldierswhich are in captivity in the Caribbean.

According to the National Network for the Defense of Human Rights (Rnddh), there are more than 40 prisoners, including 18 former Colombian soldiers, they would be victims of “systemic” human rights violations, such as assaults and inhumane treatment.and they would be in “a state of illegal and arbitrary preventive detention.”

“Nothing has been done to bring justice to the victim and her family.” Nor has anything been done to treat the people imprisoned in this case with the inherent dignity of the human person and with respect for their rights and legal guarantees,” the Haitian organization said on July 9, a year after the crime. the assassination of the president. Moses.

This is stated in the organization’s report “Assassination of President Jovenel Moise: the right of all parties to judicial accountability, systematically violated”, in which it is detailed that Colombian Army nor had been interrogated, up to that time, by an investigating judgenor had they been informed of the crimes with which they were charged.

On the other hand, non-governmental organizations in Haiti condemned that the prisoners were in “humiliation and in complete disrespect”, which would have consequences on their physical and mental health, suggesting that their lives were threatened.

This version is according to the lawyer of the Colombians accused of participating in the crime, Sondra Macollins, who told Semana that ex-soldiers have been tortured during the 15 months they have been helddenounce that they have no food and so far their arrest has not been legalized.

“It’s an inhumane prison, none of them have bathrooms, they’re taken out every three days to relieve themselves, then human excrement accumulates in the cell for days and there, well, obviously there’s no toilet, there is no water, every two or three days they give them food, that prison is one of the worst in the world. They have been tortured and before the guards had taken them as human shields,” the lawyer told national media.

At the same time, he explained that their arrest has not yet been legalized, nor have they been assigned a lawyer or a translator that allows them to communicate, while explaining that there is no evidence to start a trial against them and what little information there was disappeared amid the vandalism the courthouse has suffered in the last months, which worsens their legal situation.

On the other hand, attorney Macollins indicated that Ex-Army They have assured that they have been hired by an American company to provide surveillance and security services the opposition candidate for the president of Haiti, Emmanuel Sanon, because the presidential candidate does not trust the police of this country.

“After 15 months, two weeks ago, they were allowed to call their relatives, but they were put on loudspeaker and only one person per cell phone could call, that’s the only communication we’ve had with them, the rest has been through letters,” he concluded.Macollin’s lawyer told Semana magazine.

The army involved in the death of the Haitian president is asking to be readmitted to the JEP
Second Marquetalia confirms that Iván Duque devoted himself to exporting mercenaries to kill world leaders
A Colombian ex-military man held in Haiti would be without water and without food, relatives say