who did not celebrate McTena’s birthday while listening to the commands sung in English? Or did you lick your fingers admiring the ghost mining town of Calico that decorated the walls hamburger country? There are two of them legendary burger joints of Vitoria-Gasteiz, whose legacy is now reborn in Wild. 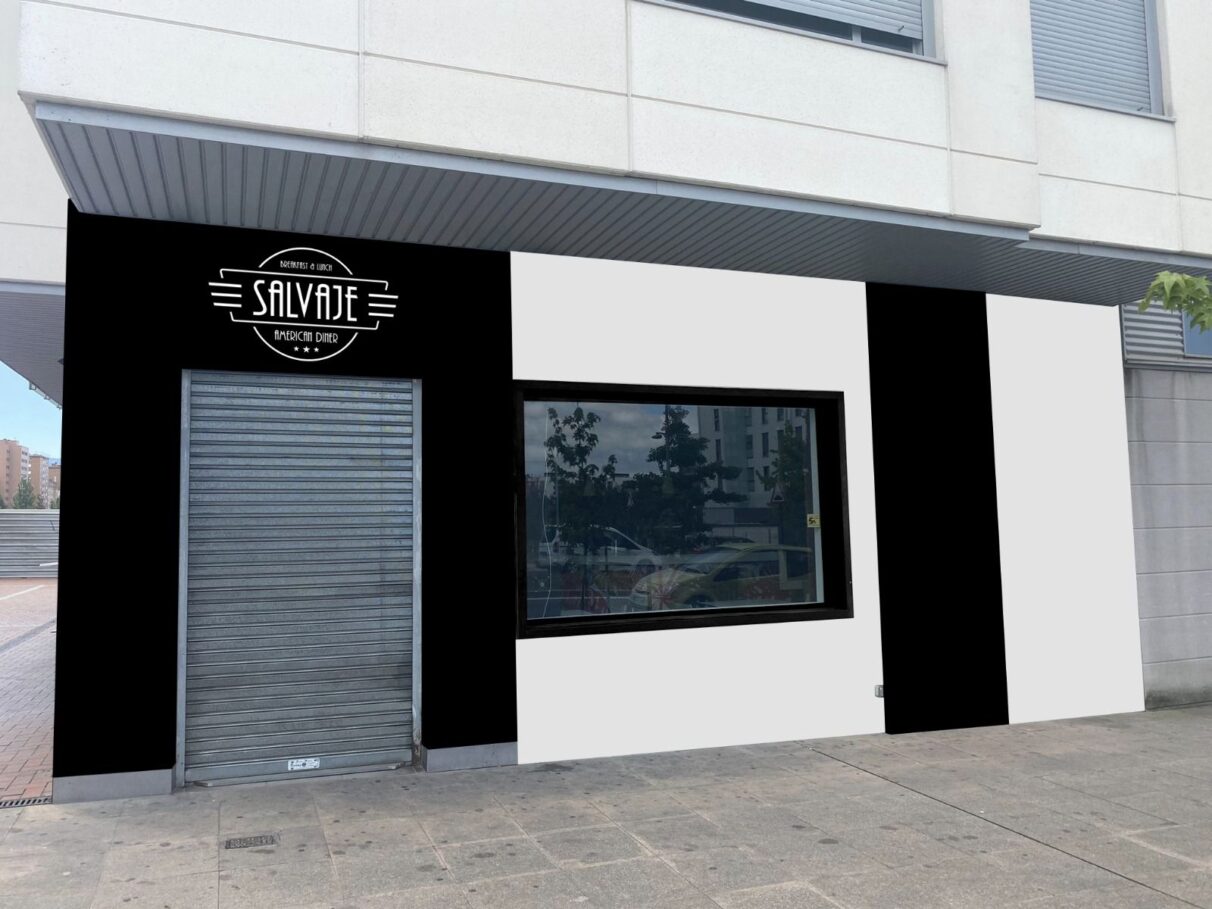 The facade of the Salvaje hamburger restaurant on Calle Oceano Pacífico, 9.

A new company that in mid-September will be opened its doors in Borin bizkarra. Specifically, he will do it on the street Pacific Ocean, 9, in the establishment that until a few months ago was occupied by Oiandi bar, which in turn replaced Urbeltz.

wild has like common thread to the chef, Johnny Sanchotena. Born on the Pacific Coast, in California, like his brothers Danny and Larry, at the age of 14 he came to Vitoria-Gasteiz. The capital of Alava was the birthplace of his ancestors, who had immigrated to the United States, where they worked as ranchers. In Los Angeles, the family visited “In-N-Out”, a typical local hamburger joint that would later become a benchmark in the country. And the parents, José and María, wanted to repeat this colorful model in Vitoria-Gasteiz.

McTena, a pioneer in Vitoria

Would in 1984 when their dream came true and they inaugurated the already famous McTena on Florida Street. Were pioneers in opening a fast food restaurant in a city that until then had not been accustomed. “It was curious, because you ordered food in Spanish and they repeated it in English through the microphone, and they used the American system of serving Coca Cola in a plastic cup,” recalls Ramón Francho, one of Salvaje’s creators.

His success was not long in coming caught McDonald’s attention, which in 1995 landed on Dato street. But the Sanchotena family had to leave the premises on Florida Street, now in the military The Bost, and moved to Avenida Gasteiz. In number 54, the three brothers succeeded Burgerland, the best on the West Coast, with Johnny in the kitchen. A little piece of the wild west in the capital of Alava where burgers, ribs and chicken wings made their mark. But the death of their father and the arrival of the tram made them do so close operations in 2015.

Of the three, Johnny was the only one who continued in the hospitality industry. After trying my luck with Tex mex Papa Johnny in Logroño streetjoined Francho to open a year ago Meraki Burguer in Salburua Boulevard. An ideal opportunity to try some of the recipes that will be launched in Salvaje. “High quality fast food,” says Francho.

There, Johnny will prepare what will become the star dishes of the place: burgers, ribs and chicken strips. “Except for one hamburger that comes from the United States, the others everything is a local product. The bread is artisanal, the cabbage and tomatoes are not packaged and sauces are homemadeJohnny does them. We do not serve ketchup or mustard“, further Francho. American desserts and cocktails complement a menu with a clear American stamp. “Last year we have traveled to Texas and Arizona to discover new recipes,” explains this businessman from Vitoria. 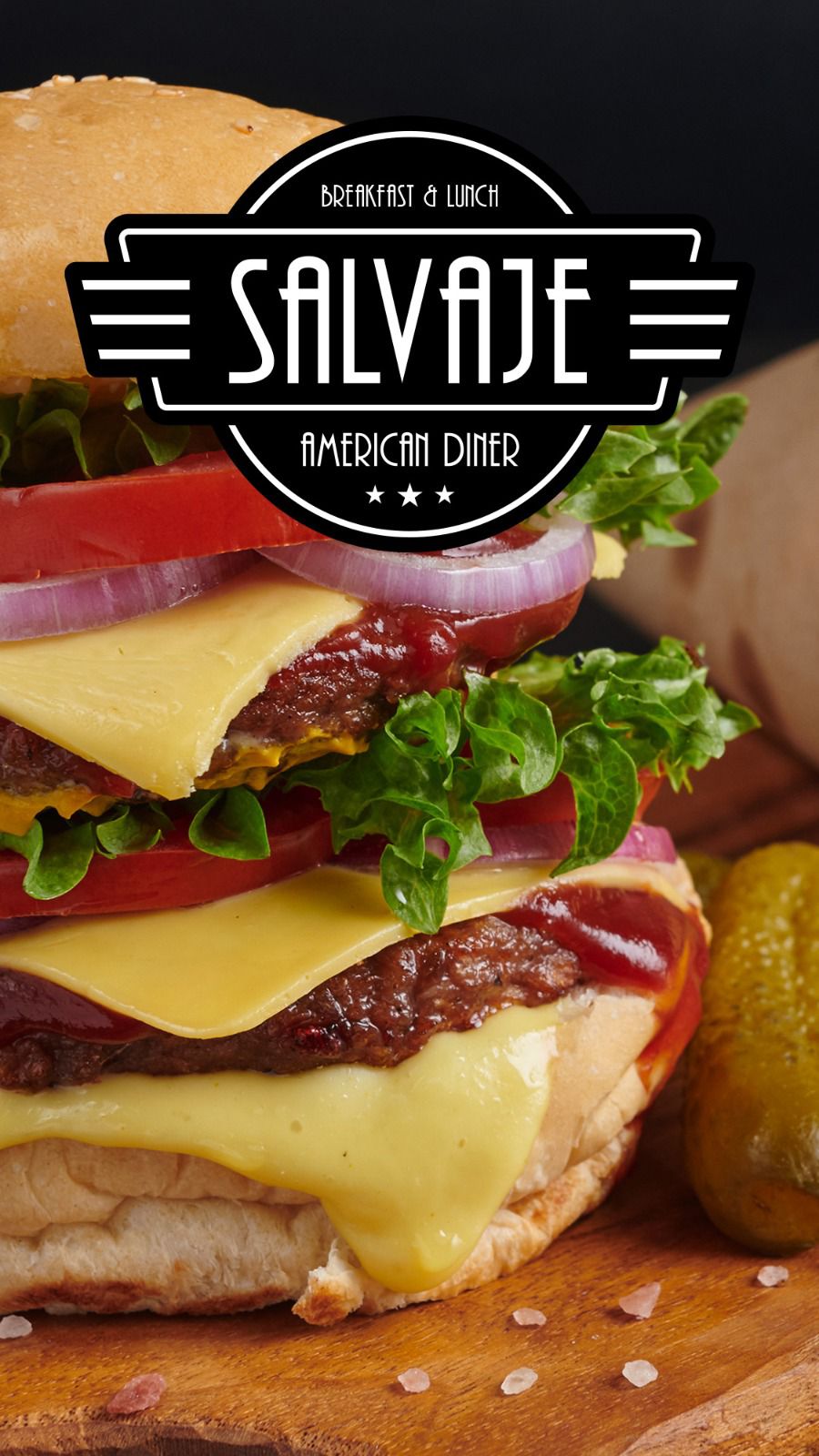 And as was the case with McTena and Burgerland, then decoration will also play a prominent role in Wild. Its logo represents the Cadillac grille in shades of white, black and gold. A local bar will shine original baseball bats American MLB, but a The flag of the United States of 5 meters formed by baseballs will shine in the dining room.

Old skates, jackets from Los Angeles, an original rugby ball from Las Vegas and vinyl that will recall an outstanding part of American history make up the other elements of props. 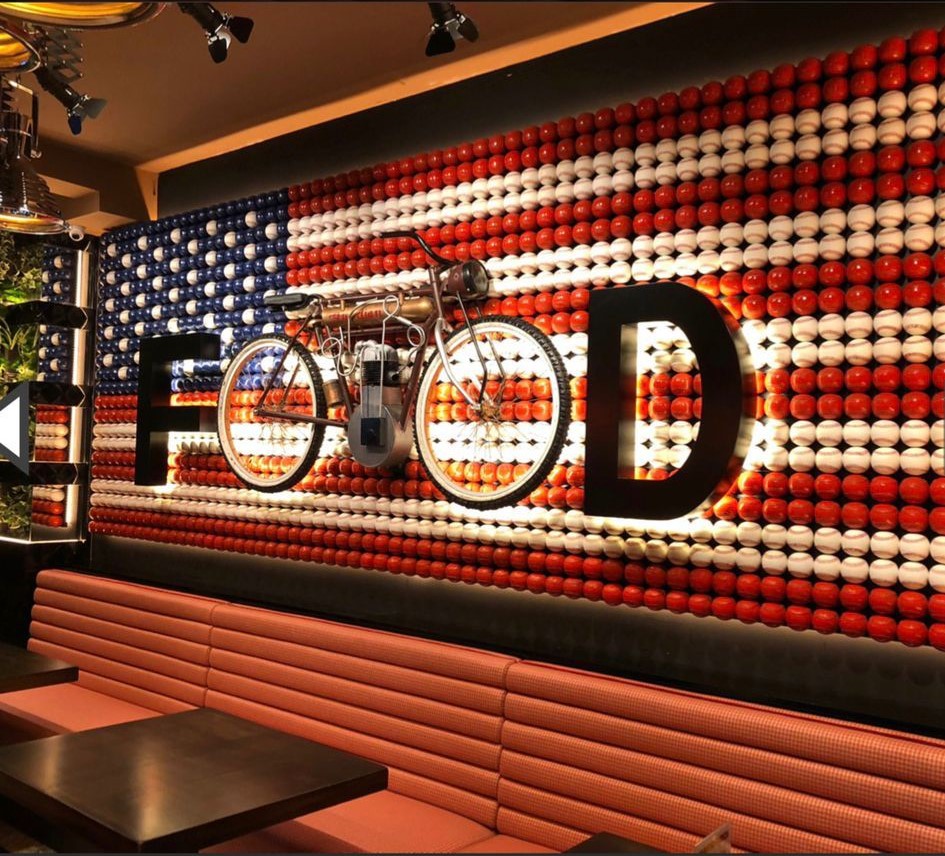 “We will also honor the Austin (Texas) cattle region with a nod to Basque farmers who moved there, who were many and very good,” adds Francho. The theme together American music 40 and 80 of the last century “along with a very familiar treatment” are the main ones in Salvaje’s opinion. There they will offer breakfast, lunch and dinner with seating for about 80 people.

Later, they look at the possibility of bidding live music on Fridays and Saturdays, as well as comedy shows. They also do not rule out creating a large covered terrace which protects customers from the weather. “We chose Zabalgana because we like neighborhoods, help give them more life and Vitoria is a convenient city to get around in.” In addition Johnny’s customers are very loyal, from parents to children. We know our place is not a place you go to every day, but when people come, they will repeat themselves,” warns Francho.

For now, the various investors want to take Salvaje’s opening and first year of existence in stride. “We’ll see how it works, adapt what we see,” he admits. However, his wish would be to create a franchise on Theme restaurants for Spain. “We’re working on a clothing line, t-shirts and hats, but it’s still early days.”

At the moment, these days are working on the details so that everything is ready opening in September: a californian hippie party where a theme plugin will be required. And they’re hoping to get the council’s permission to put up giant “removable” letters with the restaurant’s name. “It would be a huge attraction because there is nothing like it here,” guarantees Francho.